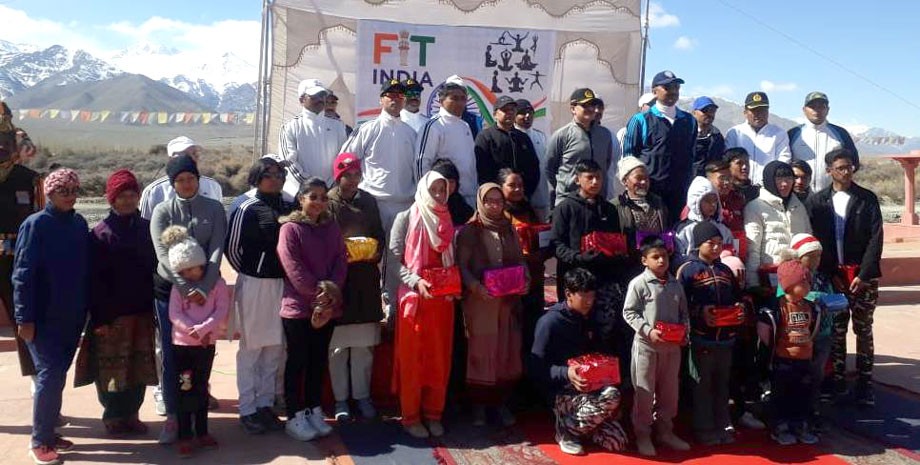 Mini marathon under the ‘Fit India Movement’ was organised by North West Frontier conducted by 16th Battalion, ITBP on February 23 from the 16th Btn ITBP campus till Sindhu Ghat, Shey.

The marathon was organised for the families of ITBP personnel’s. Around 150 women and children in all age groups participated in the marathon.

Addressing the participants, Deepam Seth congratulated everyone for their participation and expressed happiness over the positive spirit shown by everyone. He talked about the Fit India movement and emphasized on the importance of physical fitness and good health.

He said that the families of the personnel are the strength of the forces and participation of them in such events boosts the morale of the troops. He further said that more such programs will be organise in the future also.

In the end, prizes were distributed to the winners.