What is Article 35A? 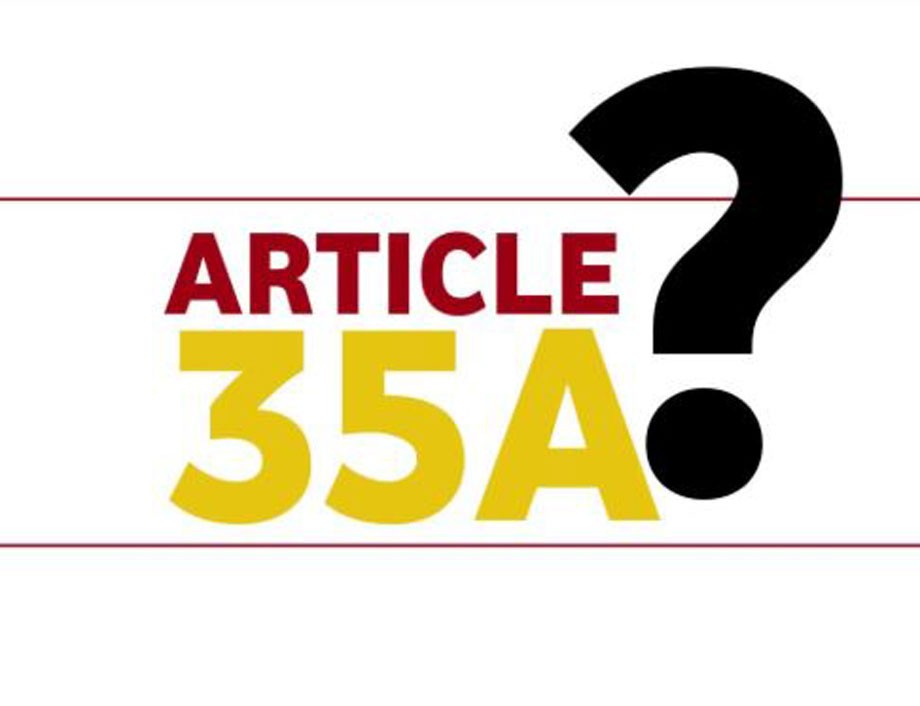 Article 35A is a provision incorporated in the Constitution giving the Jammu and Kashmir Legislature a carte blanche to decide who all are ‘permanent residents’ of the State and confer on them special rights and privileges in public sector jobs, acquisition of property in the State, scholarships and other public aid and welfare. The provision mandates that no act of the legislature coming under it can be challenged for violating the Constitution or any other law of the land.

How did it come about?

The Presidential Order was issued under Article 370 (1) (d) of the Constitution. This provision allows the President to make certain “exceptions and modifications” to the Constitution for the benefit of ‘State subjects’ of Jammu and Kashmir.

So Article 35A was added to the Constitution as a testimony of the special consideration the Indian government accorded to the ‘permanent residents’ of Jammu and Kashmir.
Why does it matter?

The petition said Article 35 A is against the “very spirit of oneness of India” as it creates a “class within a class of Indian citizens”. Restricting citizens from other States from getting employment or buying property within Jammu and Kashmir is a violation of fundamental rights under Articles 14, 19 and 21 of the Constitution.

A second petition filed by Jammu and Kashmir native Charu Wali Khanna has challenged Article 35A for protecting certain provisions of the Jammu and Kashmir Constitution, which restrict the basic right to property if a native woman marries a man not holding a permanent resident certificate. “Her children are denied a permanent resident certificate, thereby considering them illegitimate,” the petition said.

Why does it matter?

Attorney-General K.K. Venugopal has called for a debate in the Supreme Court on the sensitive subject.

Recently, a Supreme Court Bench, led by Justice Dipak Misra, tagged the Khanna petition with the We the Citizens case, which has been referred to a three-judge Bench. The court has indicated that the validity of Articles 35A and 370 may ultimately be decided by a Constitution Bench.