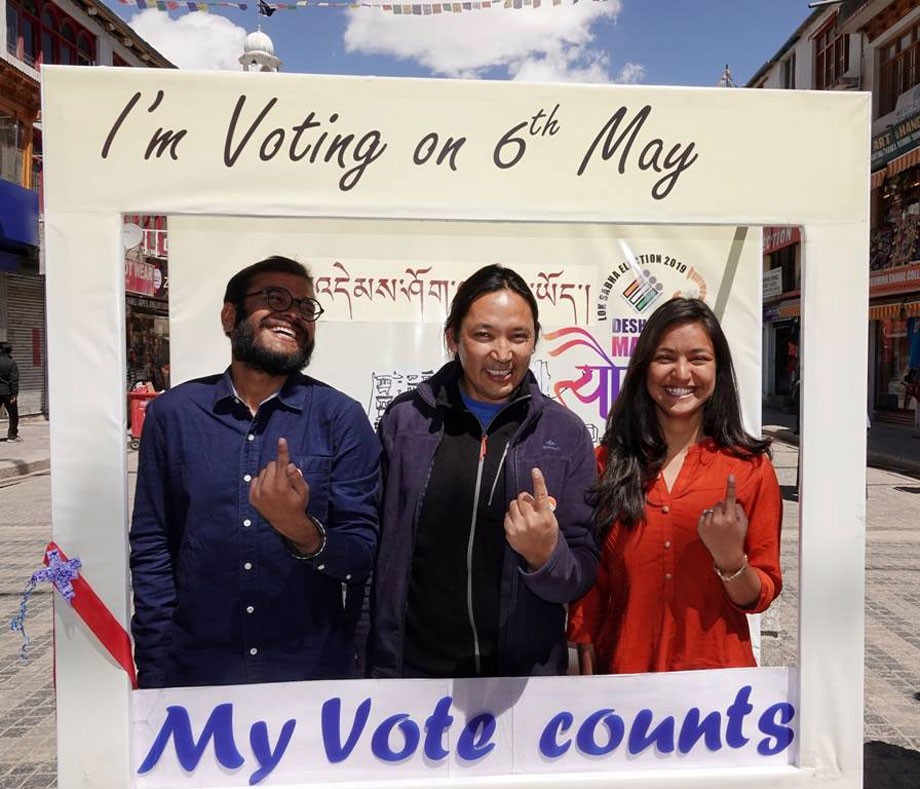 Encouraging young voters to cast their vote in the forthcoming Lok Sabha election, a photo deck or selfie frame was launched on April 5 at the main market.

Avny Lavasa, DC, Leh/ District Election Officer said that the idea of having this photo deck is to generate interest among youth using the famous trend of selfie about ethical voting and encourage them to cast their vote in the forthcoming Lok Sabha election.

The photo deck idea has been conceptualized by SVEEP team of Education Department with support from the District Election Authority.

On the enrollment process, Avny Lavasa informed that it is going well and the electors photo identity cards (EPIC) distribution will soon be started. Around 3,000 EPICs will be distributed among new voters in the coming days.