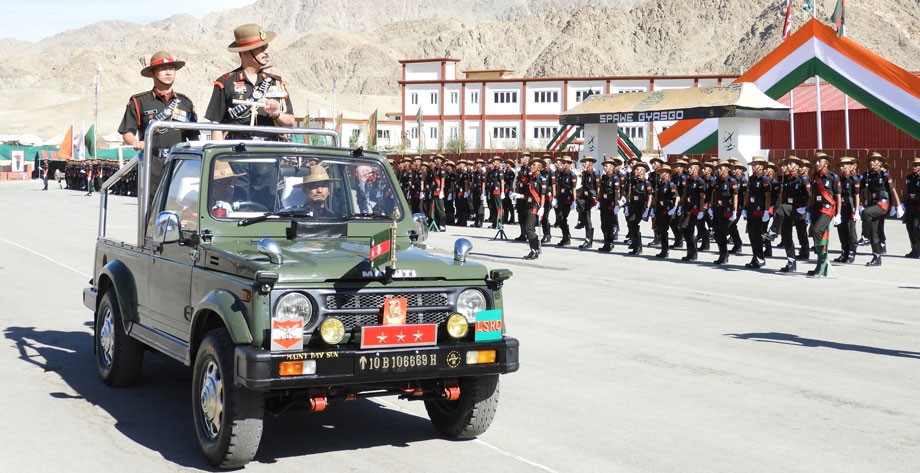 A batch of 207 well-trained recruits pledged to serve the nation during the passing out parade on August 31 at Ladakh Scout Regimental centre.

Talking about the privilege to join Indian Army and serve the nation, he urged the young soldiers to strive hard in pursuit of excellence in every field. He further added that the soldiers will uphold the sovereignty of the Nation against all odds in true spirit.

Medals were awarded to the young soldiers who have excelled in different fields during their training. Also, Gaurav Padak was presented to the serving and retired personnel of the regiment whose sons have joined the regiment.

Civil and military dignitaries, war heroes of the regiment and parents of the recruits were present on the occasion.