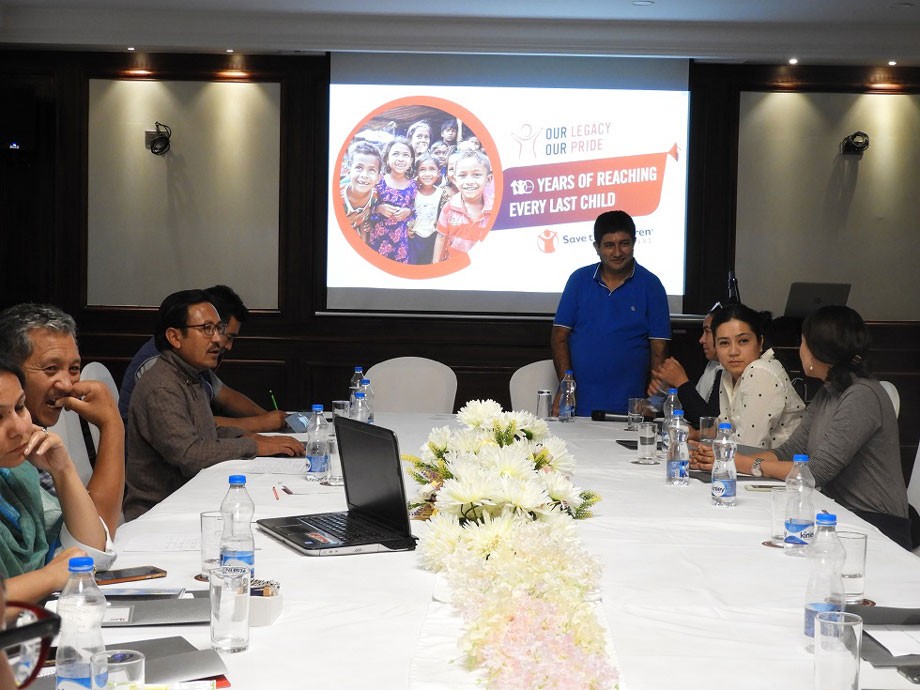 Stakeholders of child protection and media personnel’s during the meeting at Indus Valley Hotel, Leh
Leh :

A meeting to discuss child-related issues in Ladakh was convened by Save the Children in collaboration with Integrated Child Protection Scheme (ICPS) on August 31 in Leh.

The discussion was held between the concerned stakeholders of child protection and media fraternity.

Mohd. Sharif Bhat, General Manager, Save the Children talked about various child-related issues being faced in Leh district. He explained about the District Need Assessment (DNA).

He informed that according to Save the Children primary study and analysis, 94% of Corporal punishments, 39% Child labour and 44% of substance abuse were recorded in Leh.

She informed that CWC monitored nearly 26 schools around Leh and conducted awareness programs on sexual abuse, corporal punishment, substance abuse and many others. Also, she said that CWC along with other departments of District Inspection Committee inspected residential schools and hostels.

During the meeting, emphasize was made on working with coordination among all the stakeholders.