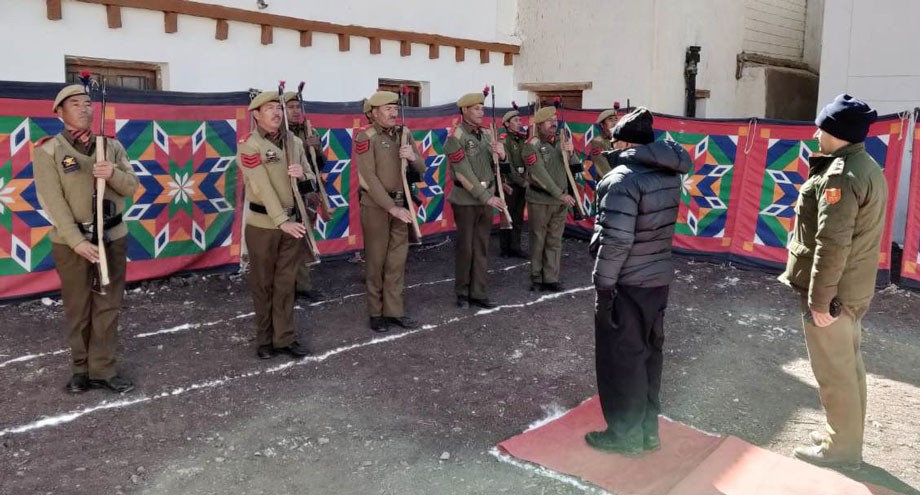 Lieutenant Governor, Radha Krishna Mathur was received with ceremonial Guard of Honour during his visit to Durbuk and Nyoma Sub-Divisions of Changthang on February 10.

Gyal P Wangyal said that unlike previous times, developmental works can be carried out without any funds constraints.