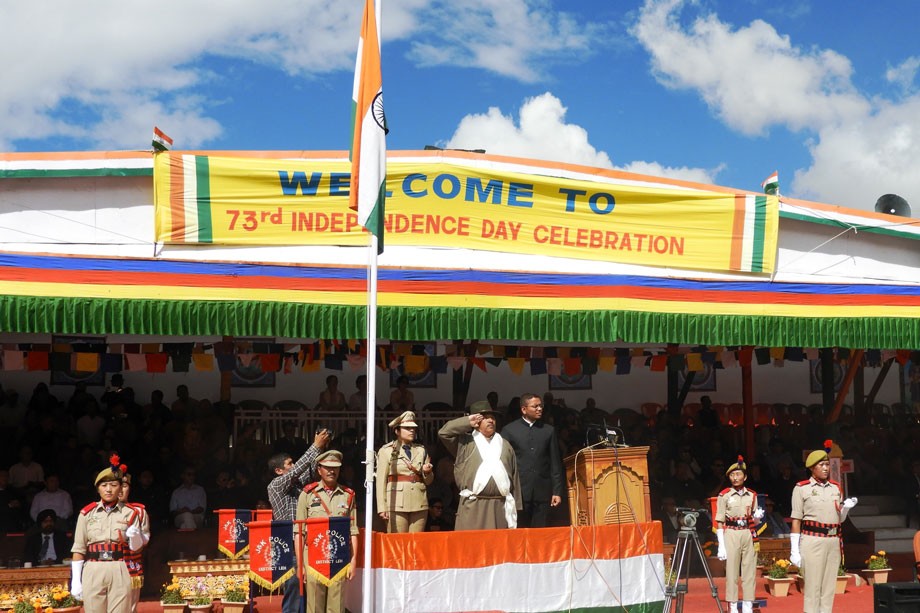 He said, “We should also remember the sacrifices of Nawang Dorjay Stobdan, the brave souls who laid down their lives for the UT status. It is very important for us to know and get inspired by such great leaders who fought for better Ladakh.”

The kins of three martyrs Nawang, Dorjey and Stobdan were also honoured on the occasion.

Talking about the Union Territory status, Gyal P Wangyal said, “Along with the celebration of this historic moment, there are also many doubts and confusion among the people. I on behalf of the council assure everyone that we will clear all the doubts.”

He informed that Hill Council will form a committee soon who will look into various aspects of  UT status and Hill council functioning for better development. He urged people for further advice and suggestion in front of the committee.

He appealed people to stand united and work collaboratively for a new developed Ladakh.

Gyal P Wangyal assured that the Hill Council will strive and work for the development of the region.

Also, he informed the public about the achievements of LAHDC through various departmental projects. Gyal mentioned about major projects underway and completed under PMGSY, NABARD, CRF, AMRUT, PMDP, and other departmental achievements.

He informed people about the functioning of the dialysis machine at SNM, Hospital, 100% vaccination of Measles-Rubella and the project of opening 6 new health centers in Leh district under Ayushman Bharat.

Talking about sports, he informed about the commitment made by MOS Sports Kiren Rijiju to give recognition to Ice Hockey and providing funds for the overall development of sports infrastructure in Leh.

March Past of the contingents of paramilitary forces, police, school children, band parties and cultural programmes were also performed.

Different people for their commendable service to society were also honoured and felicitated on the occasion.