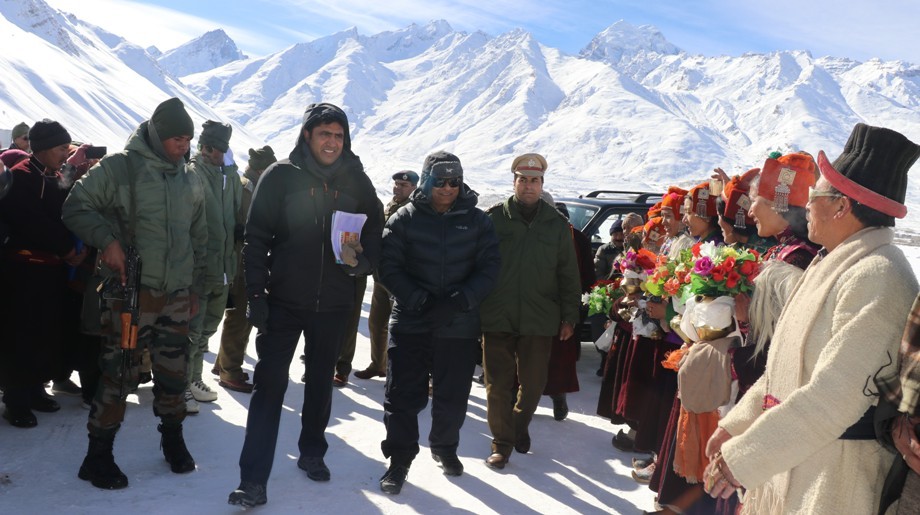 After assuming the office of the Lieutenant Governor of Ladakh, R.K Mathur, visited Zanskar on December 29.

A ceremonial Guard of Honour was presented on his first visit.

The delegations presented their issues related to roads, water, irrigation, communication, health, education and many more. R.K Mathur assured suitable follow-up for each issue. He handed-over the satellite phones to Padum and Cha constituencies of Zanskar.

R.K Mathur also visited the Army base camp at Padum.