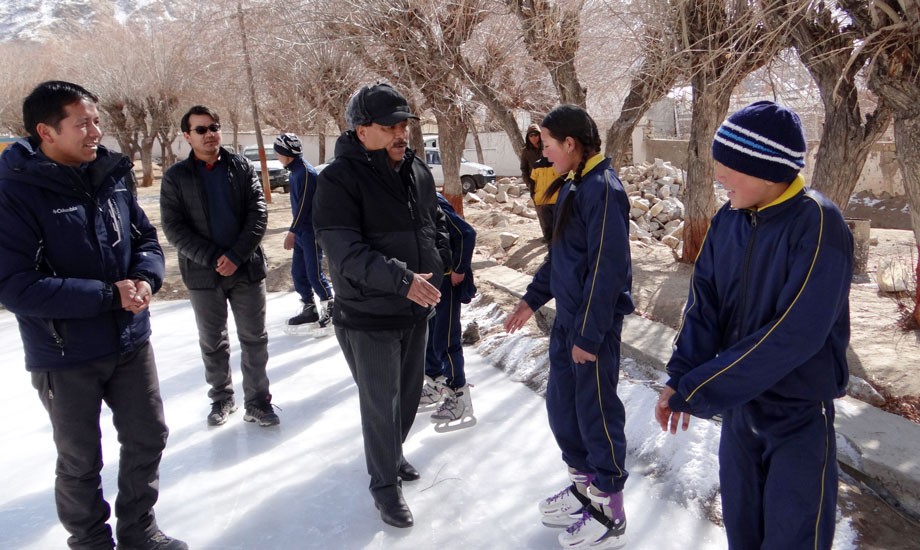 The 40 day free residential coaching at Council Model School Sakti organised by the parents and teachers concluded on February 1.

Gyal P Wangyal, CEC said that providing affordable and quality education through government schools was the top priority of Hill Council, Leh but without the support of parents and villages, the govt. schools could not be strengthened. He said that the increase in student roll from 5 to 105 in Council Model School Sakti in the last three years is an extraordinary achievement in winning the faith of Sakti people in govt. school again.

Wangyal appreciated the dedicated and untiring efforts of teachers and parents headed by Headmaster Sonam Gyaltson in bringing this school at such a level and organizing residential coaching aim to bring all-round development in students.

He assured to support such coaching next year also and for construction of ice hockey rink in Sakti area, Wangal assured to propose the same in the upcoming budget.

The students also demonstrated their ice skating and dance skills on the occasion.