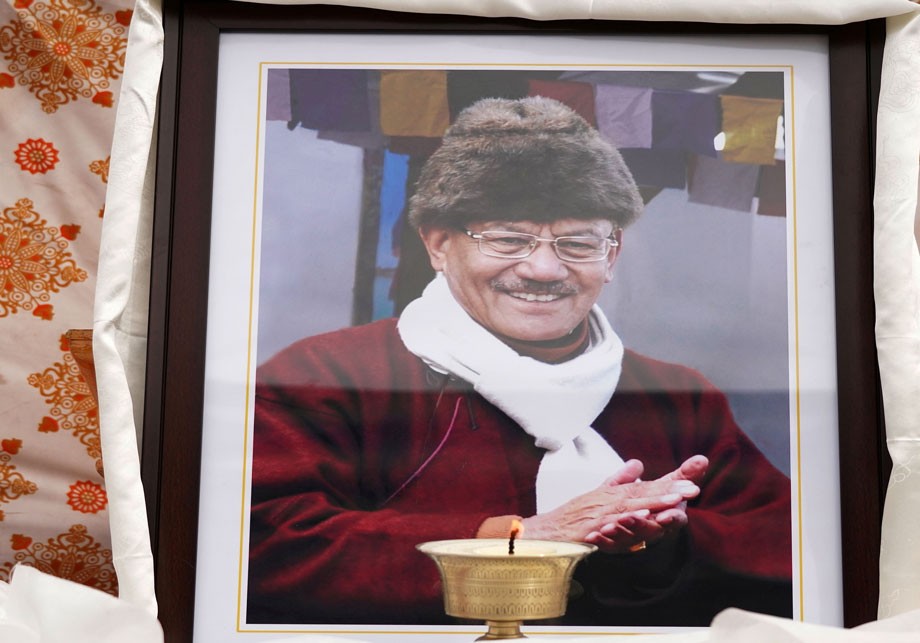 RK Mathur lit the butter lamp and paid his respect to the late Chairman and medical officer by offering khatags at his photo. H.E. Palga Rinpoche initiated with the prayer of Buddha Amitabha.

While reflecting on the life of Dr Sonam Dawa RK Mathur said, “Hearing from people Dr. Dawa was a good student, a good family member, a good professional as a doctor. As a public leader, he was a successful man who was liked and respected by all and had worked towards the welfare of the people at large".

Lt. Governor hoped that the younger generation will follow his path. He added that we all must rededicate ourselves to achieve his ideals.

H.E. Choskyong Palga Rinpoche speaking on behalf of his family spoke about the intentions of Dr. Dawa and requested everyone to follow his ideals of living in unity and striving towards the common goal of sustainable development of Ladakh.

Gyal P Wangyal, CEC, Hill Council, Leh walked down the memory lane and spoke broadly about his close association with Dr. Dawa since the early years of their life. He spoke highly of the respect Dr. Dawa had earned from every walk of life and his achievements.

Earlier, Sachin Kumar, Deputy Commissioner Leh spoke about Dr. Dawa’s quality as an able administrator as the Chairman of the Council.