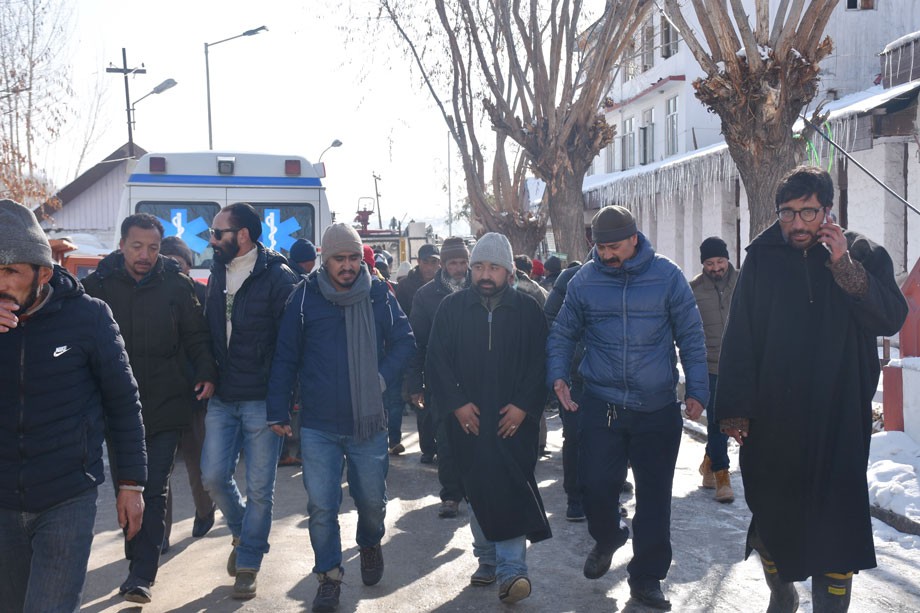 The trauma unit of District Hospital Kargil suffered severe damages in a fire incident which broke out around 9 in the morning on December 23.  Later, doused by 11 by the Fire Services Department with the help of the Army, volunteers and NHPC. No casualties were reported.

Acting Chairman and Chief Executive Councillor, LAHDC, Kargil Aga Syed Abbass Razvi stressed the need to carry out immediate restoration work at the second storey of the building. He along with Muhammad Ali Chandan, Executive Councilor for Health and the concerned district officers immediately rushed to the spot and obtained details about the fire incident.

Terming the incident as unfortunate the Acting CEC instructed all the concerned officers to start restoration works at the Trauma Unit including the restoration of power, central heating system, water, medicare facilities to patients besides all other requisite requirements so that the patients do not face inconvenience.

Aga Abbass also ordered an inquiry into the incident and said that a committee would be constituted in this regard to ascertain the actual cause.

He also directed the Chief Medical Officer Kargil, Executive Engineer R&B II and other officers to conduct the assessment of damages to the structure as well as the machinery and equipment so that the short and long term restoration measures could be taken accordingly.