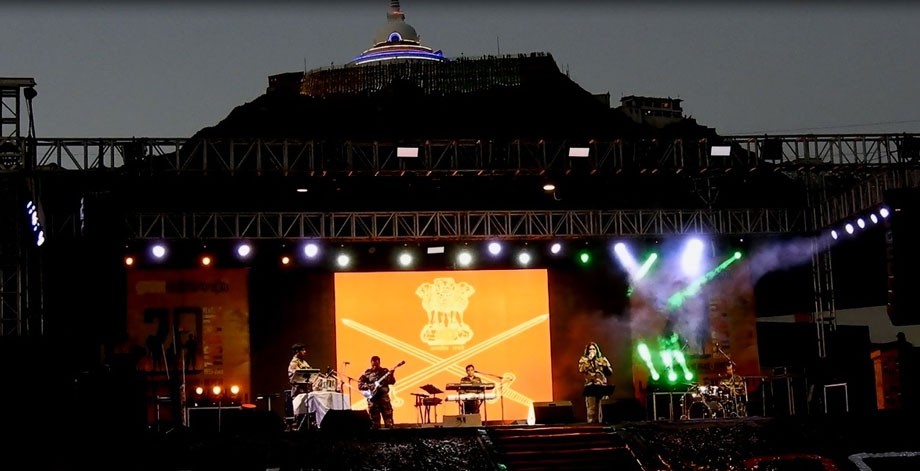 The highlight of the evening was a performance by Grammy award winner Ricky Kej & his team. A spectacular speed painting by Vilas Nayak, Sandpainting by Nitesh Bharti, Ghatka by Indian Army, Medley by Padamjeet Sherawat, dance performance by ‘Feel crew’ and a mesmerizing performance by the Army band were also presented.

In the end, veterans and the artists were felicitated by General Officer Commanding-in-Chief Northern Command.