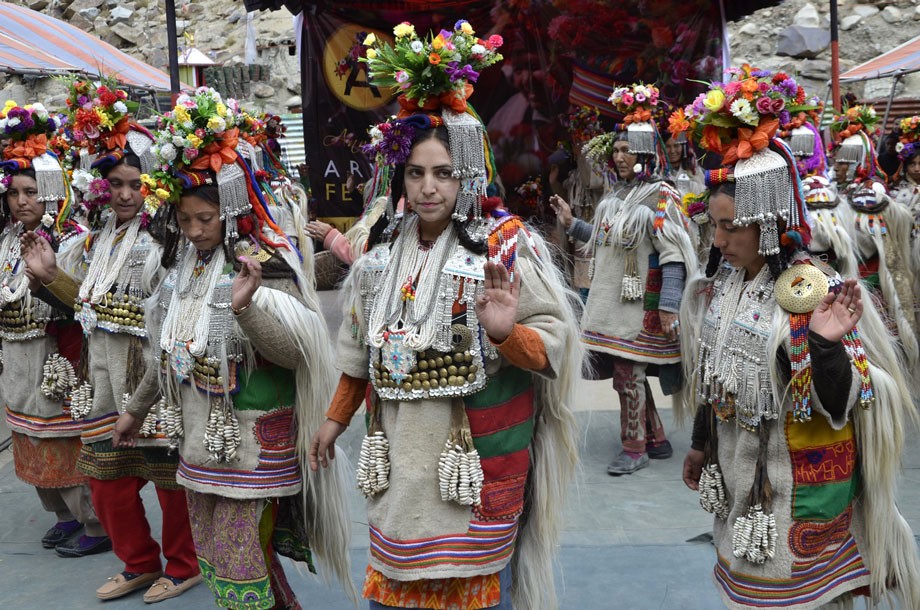 The festival was organised by Tourism Department Kargil in collaboration with the Preservation of Aryan Culture and Traditional Society (PACES). Baseer ul Haq Choudhary, Deputy Commissioner and CEO, LAHDC Kargil inaugurated the festival.

Baseer ul Haq Chaudhary congratulated the artist for their outstanding performances. He said that the festival aims to preserve the rich culture of Aryan valley and to improve cultural tourism by showcasing its divergent ethnic features, folk traditions, local food, rituals and heritage sites.

He urged the Aryan people particularly the youngsters to strive hard to cherish and uphold the rich cultural traditions and age-old ethos of communal harmony, unison with nature and peaceful co-existence so that these are passed on to the coming generations in their true essence.

Construction of road from Darchik to Mantha and Langtot hamlets under CRF and NABARD, upgradation of schools, construction of playfield and Primary Health Center were the demands of Darchik delegate. Apart from that, provision of electricity to the area from Chutak and Dah from the Hydel Project, provision of new water supply scheme for Thara hamlet, broadcast of programmes in Dardi language from All India Radio (AIR), Kargil and other related demands were presented.

Baseer ul Haq assured them for their demands to be considered seriously and steps for fulfilment will be taken up in a phased manner. He also asked people cooperation with the administration for effective and efficient execution of various developmental programmes and welfare schemes

The festival was concluded at the Women Empowerment Centre (WEC) of the 16 JAKLI of Indian Army at Darchik. Number of folk music and dance-themed on nationality and patriotism, bravery of the Aryan race, communal harmony, love and care for nature and sentient being were presented.