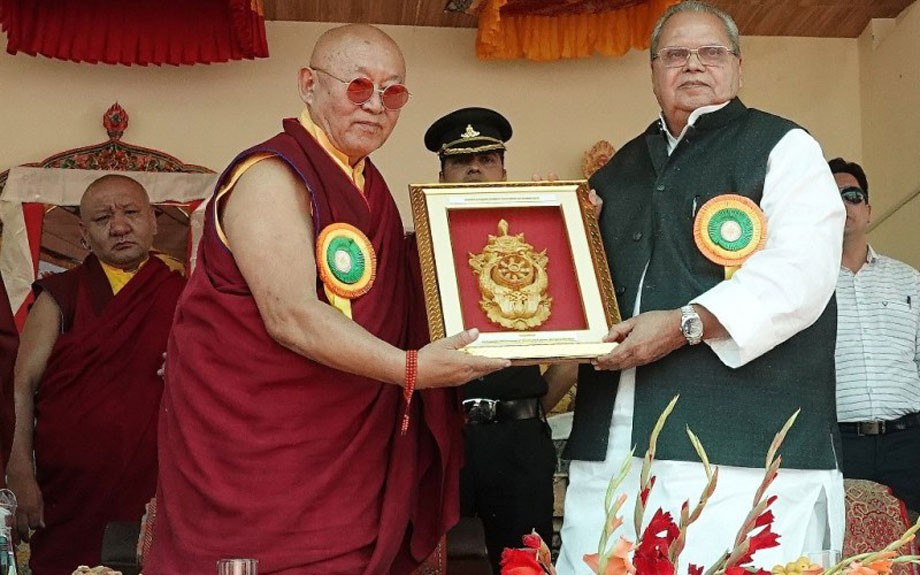 His Holiness Chetsang Rinpoche chaired the council and Governor Satya Pal Malik was the chief guest.

Expressing his happiness to be part of the Summer Buddhist Council, Satya Pal Malik reiterated the teachings of the Lord Buddha. He said Lord Buddha taught human beings to walk on the path of righteousness, to stay away from the vices of greed and hatred, to respect life and not to harm any living being. He said that the virtue of tolerance and non-violence propagated by the Buddha has made Buddhism, the most peaceful religion on this earth.

He further added that every religion has preached respect for other religions and if we adopt our religious tenets in true letter and spirit then there will be no conflicts in the world.

Also, Governor assured that his Administration will make all possible efforts to meet the aspirations of the people of Ladakh. He directed Avny Lavasa, Deputy Commissioner, and Leh, to identify land for building Girls Hostel at Diskit and prepare DPR for flood management works required to be done in Nubra. He also assured for early redressal of issues relating to the telecom connectivity in the area.

Gyal P Wangyal CEC, Hill Council, Leh, lauded the initiative of ‘Back to Village’ programme started by Governor’s administration said that it is a significant step to reach out and connect with the people in the remotest parts of Ladakh.

To further strengthen governance in the district, CEC urged Governor to make the divisional offices functional at the earliest. He also demanded early approval of the Khema road project under NABARD and sought his intervention in proper functioning of Solar Power Plant of Diggar.